On Writing An Unfortunate Discharge Early in My Naval Career 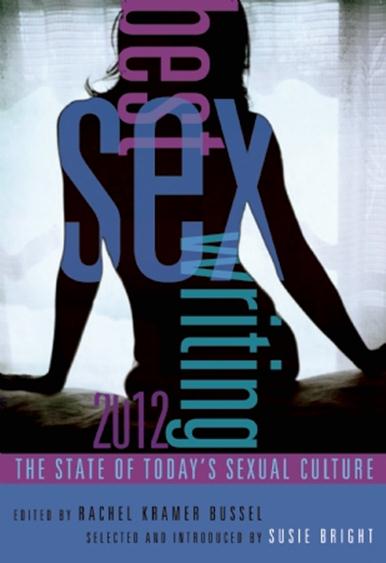 I got my copy of Best Sex Writing 2012 earlier this year and was very pleased to have my work featured alongside so many great writers. Like they used to say in the old Penthouse Forum letters, “I never thought it would happen to me!”

For my part in the Best Sex Writing Virtual Blog Tour, I wanted to talk about how I came to write my submission, An Unfortunate Discharge Early in My Naval Career.

This was a difficult story for me to write. As nonfiction, I have long thought the story would work better if I had been gay. Consider the synopsis: caught having casual sex with a shipmate, a troubled teen collides with an out-of-control and powerful homophobic authority. This, in turn, makes our intrepid young protagonist confront his own homophobic fears, which allows him to realize that he is… STRAIGHT?

Humm. I hear you. You probably want to say something like: Your synopsis doesn’t seem quite right, my friend.

That’s exactly what I said. For years. Too many years. But then I read a brilliant craft essay by Kerry Cohen, a former Best Sex Writer

herself, and discovered that the story really is mine, even if it doesn’t map cleanly to what a reader might expect. I can own it. I don’t have to tell it the way it would be told if it were in a Hollywood movie or a cheap novel. If I can overcome my own personal shame long enough to see the truth, I can make the story mine.

With that revelation, the only thing left to overcome was the social stigma.

As the author of a memoir about my recovery from heroin addiction, I know a little something about social stigmas, how damaging and infuriating they can be. In one of the first pieces I ever published, I refused to acknowledge I was an addict because I was afraid of what people would think of me. I published the piece—a great story about my relationship with my oldest son—without mentioning my addiction. But I started to think seriously about how much of my life I wanted to share in my stories. What does it mean to write nonfiction? What impact comes from openly sharing true stories about socially stigmatizing issues? Nonfiction gives our stories a little extra something that fiction can’t manage. That’s not meant as a ding against fiction writers, but as encouragement to writers of nonfiction: Our work matters in ways we can’t always know or understand. As Kerry Cohen points out, we have to be brave enough to “locate the truth,” to own our own stories.